HomeAbout Us
ABOUT US

We warmly welcome you into the fellowship of CSI Christ Church, Kodukulanji. Even though this is a typical village parish it has made a positive impact in the socio-economic life of the area and has made valuable contributions to the life of the larger human community. Since its very inception the church has been a centre of evangelistic activities in the area. The church’s school, known today as the CMS Upper Primary School, founded in 1842 has influenced the life of the community and has made a valuable contribution to the development of its people.

Many of the local institutions like the local YMCA, cooperative society  bank,  and hospitals started on the initiative of the church and are among the great contributions this parish has made to the community at large. Moreover it has contributed many men and women of stature to serve the church and the community both on the national and international level. The church has also played the role of the Good Samaritan by running to the aid of the sick and the needy, the poor and the homeless regardless of their religious or caste backgrounds.

Christ Church, Kodukulanji has a long and chequered history. In the olden days, Kodukulanji was a quite remote and underdeveloped village lacking good roads and proper means of transportation. The overwhelming majority of the population were farmers. Most of them were Hindus. Local rajahs were the rulers. The few Christians in the area belonged to the Syrian Orthodox fold. But there were no churches in the vicinity. There was no pastoral care. In those days ( when epidemics like small pox posed real threat to life ) when a Christian died the dead body had to be carried all the way to the Valiiapally (Great Church) some 10 kilometres away at Chengannur for the funeral rites. Such journeys were nerve-racking and hazardous. So a group of Christians approached the church reformer, Abraham Malpan at Puthencavu with their grievances and he in turn directed them to contact Joseph Peet a pioneering CMS missionary stationed at Mavelikara. Under the patronage and direction of the missionary, a place of worship was opened in Kodukulanji in a thatched shed in the year 1842. That is how the Kodukulanji church came into being. 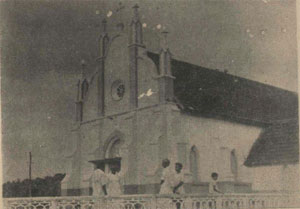 To begin with there were only 8 Christian families‚ but In due course more Christian families joined the church from surrounding areas like Pennukara, Cheriyanad, Cheruvalloor, Kozhuvaloor, and Kollakadavu and continued their worship under the auspices of the Church Missionary Society. ( The main building of the present church was constructed in the year 1846 ). The church has grown as years passed and today there are more than 600 families in the parish.

CSI Christ Church has three “outstations”, or associate parishes in its care‚ namely‚ Kuthiravattom‚ Kozhuvalloor‚ and Venmoney. They are pastored by lay evangelists. Apart from three worship centres in these three parishes, there is also a chapel at Cherianad.

The vicar of Christ Church visits one of these three parishes by turn on Sunday mornings and conducts the service of Holy Communion. 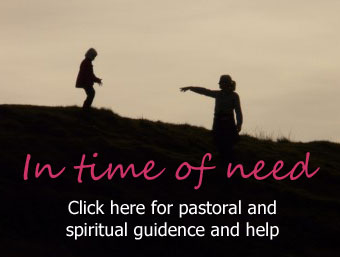 END_OF_DOCUMENT_TOKEN_TO_BE_REPLACED

This website is for informative & non-profit purposes. Due care has been taken to check the content posted here. In the rare event, that any content posted here is found to be inappropriate or objectionable, please bring this to our notice.

Web Site Credits
We would like to thank the following individuals for their contributions to the development of this website.